Couches on porches are a significant fire risk. A number of fatal fires have been caused when a smoldering cigarette catches the couch on fire in the middle of the night. Do you really need a couch? If you do, before you go to bed, make sure there are no smoldering cigarettes in the cushions or nearby. 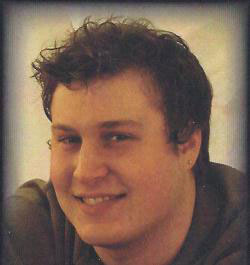 On November 18, 2007, Peter Talen died in an off-campus fire in Madison, Wisconsin, while visiting his brother, Andy, who was attending the University of Wisconsin at Madison. This is his story, as told by his mother, Patty Talen.

Peter had been going to the University of Wisconsin LaCrosse, studying theater. He loved theater since he was very young and had a natural ability. He took a year off and went out to Colorado to do some acting, but came back in October 2007 and was going to return to school in the spring. He hadn’t seen Andy since he had left for Colorado so he made a special trip to Madison to visit him. When Peter went to Madison he usually stayed with another friend but this time he stayed over at Andy’s house so he could spend more time with him and was sleeping on the couch in the living room.

There had been smoke alarms in the house, but they did not fit the brackets on the ceiling and were, instead, sitting on top of the refrigerator.

This was a terrible tragedy for everyone, the family, the school and the community. However, out of it came some good. As a result of this fire, Madison passed a progressive ordinance requiring that all rental properties have working smoke alarms. This will make a difference in someone’s life, there is no doubt. 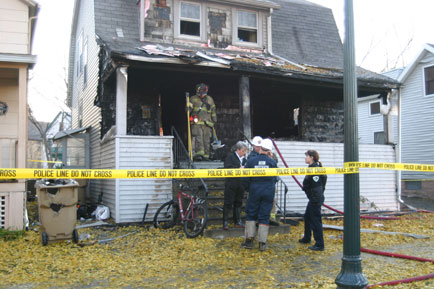 The fire started in a couch on the porch and spread into the house. Peter Talen was sleeping on a couch in the living room and was killed by the heat and smoke. 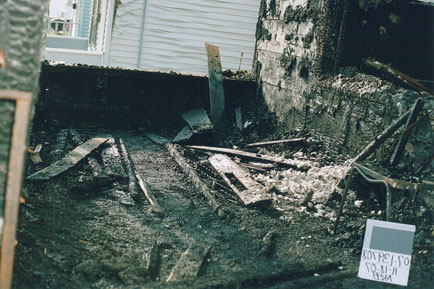 This is all that remains of the couch on the front porch where the fire started.

Watch these videos to learn more about smoke alarms and escape planning.

There is a lot more that you can know to be fire safe. For more information, visit these links.