About the Michael Minger Act

The Minger Act requires a public crime log, to be available on-line, recording incidents known to campus police and other campus officials, as well as special reports when there is an ongoing threat to the safety of students and employees. Schools must also report their crime statistics annually to the CPE which has responsibility for developing formats for reporting crime statistics and for ensuring that annual reports are received from the institutions.

The State Fire Marshal is granted access to the property of any institution that is covered by the Michael Minger Act for the purpose of inspection, investigation, or any other action necessary to prevent fire loss or to determine the origin of any fire.

Campus officials must also immediately report each fire or threat of fire to the state fire marshal’s office and local authorities. School officials that violate the law may be fined up to $1,500, be imprisoned in their county jail for up to 30 days, or both.

Videos from the Legislature 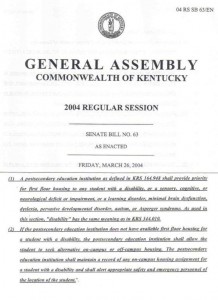